The idea of making our anchor started when we, my wife Tali and I, had to find a new anchor for our 2006 Jeanneau 43DS  we have been sailing in the Mediterranean since 2015.  The Mediterranean might sound ‘exotic’ but we live in Israel and the Mediterranean is our home waters.  ‘The Mediterranean’ always sounds idyllic to those living in Manchester, Sydney or New York - but it does get rough, it can be stormy - it can tax any anchor.

The Danforth that was on the yacht’s inventory when we bought her had failed us twice leaving us with unpleasant memories.  After an arduous and nightmare day in Rafina, which we will now never forget, where we were seriously taxed keeping Rozi, our boat, of the rocks we decided a new anchor was in order.

We looked online, as one does, to find that for our yacht we would need to spend between $500 and $800 if we wanted a reliable galvanized steel anchor - and despite the costs, these anchors invariably came from uncertain origins mainly from China (where manufacture is meant to be cheap).

Our sailing experience had not started with Rozi and with many nautical miles of blue water sailing, on countless nights at anchor we learned the hard way that a good reliable anchor is a godsend.  As we found out in Rafina an unreliable anchor can be the cause of a near disaster but a good anchor will secure the yacht, in the extreme, it might save your life, and if nothing else is a recipe for a good night’s sleep.  You need confidence in that small metal device at the end of the chain securing you, the yacht - and possibly your guests - second best does not ‘cut the mustard’.

With this background, we looked at the ‘new generation’ anchors available and none were perfect, the compromises were too many - and they came with a hefty price tag.

The idea of paying a lot of money for a product that demanded compromise was simply unacceptable.  We knew others would have the same thoughts as us and come to similar conclusions but we were not prepared to accept ‘second-best’ and decided to make our anchor.

Initially, our focus was on our needs but soon realized our needs were those of many and that if we were successful then we might be able to offer something refreshing and successful to other owners.

We invested in a cross-section of new generation anchors.   We teamed up with Marko Janjanin an engineer from Slovenia who had developed his anchor and he shared with us the knowledge he gathered while setting up his project.  We leaned on friends from the metal fabrication and marine industries.  We questioned the makers of steel of the characteristics of their products.  We soaked up the fundamentals like a sponge until we felt it time to build on that knowledge with something tangible.

Our testbed was a deserted beach in northern Israel a stone's throw from our small metal workshop.  After making several mock-ups from MDF we started to cut, bend and weld steel - test - then more cutting, bending and welding, and more testing.  One big breakthrough was finding a manufacturer of high tensile steels in a thin sheet - the same steel used in the crumple zone of some quality cars.  Since we have decided not to cast any part of the anchor finding a supplier of HT steel in sheets, was vital allowing us to reduce weight.   No-one to our knowledge has used such an HT steel when making anchor flukes (others restrict the use of HT steels,  due to cost, exclusively for the shank).

We had not started this venture blindly as behind us we had a good friend, an engineer, with a large and successful metal fabrication facility in Ukraine, who also was a weekend sailor. We had known from the outset that if we developed a good design we had the resource to professionally manufacture a quality product and he gladly joined the Viking team.

Our designs initially leaned heavily on products available in the market place, which is a common evolutionary process for anchor design.  We soon moved forward and were making innovative changes ourselves.  Finally, we reached a point where we believed we had a successful product, we made some prototypes and sent them to contacts across Europe and America.  Feedback was harsh and critical - we made the necessary changes and tested the eventual products aggressively on various seabeds using commercial vessels, 4x 4 vehicles, and tractors testing the anchors beyond their limits.

Finally, we had a design, that we and our team of volunteer testers had proven was successful.  But it was not only good enough but a real game-changer.  We had produced a product as good as anything on the market but at a reduced weight. Low weight was a major characteristic we struggled to achieve, Today weight of the anchor is not an inconvenience as so many of us have an electric windlass.  But windlass can go wrong and then the weight of the anchor can become important - especially if it is the wife working the bow.  Suddenly lightweight and high holding become critical.  This combination can be achieved with aluminum anchors - but there is a sacrifice as most aluminum anchors do not have the strength of steel anchors.  Moreover, the range of designs of aluminum anchors is very limited and they are expensive.

Our production is up and running.  We are confident that we are offering the next step in anchor design with the best weight/hold ratio of any steel anchor.  The anchor sets reliably and quickly (in its shank length).  It moves to accept changes in wind direction and if somersaulted due to rapid wind shifts will reset by itself. The perforated fluke reduces clogging, and many more advantages we managed to achieve along the way. These characteristics are not ‘imagined’.  The anchors have been tested and retested and unlike other new anchors currently available each of our anchor sizes, excluding the 2 largest designs, has been tested for holding capacity.  It appalls us that some new anchors are being released with no hold data at all!

If you buy one of our anchors you will get the finest product currently available at an affordable price.

We wish you fair winds and safe anchoring 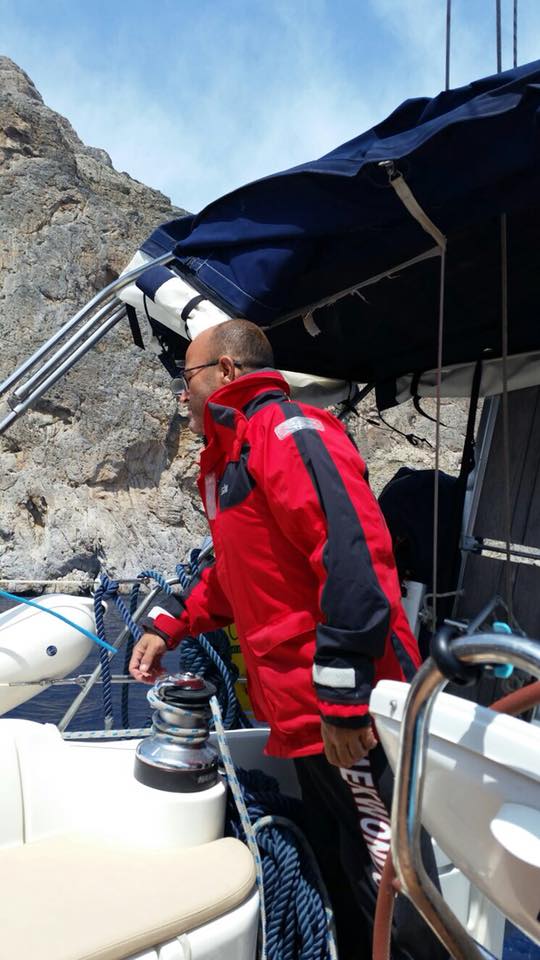 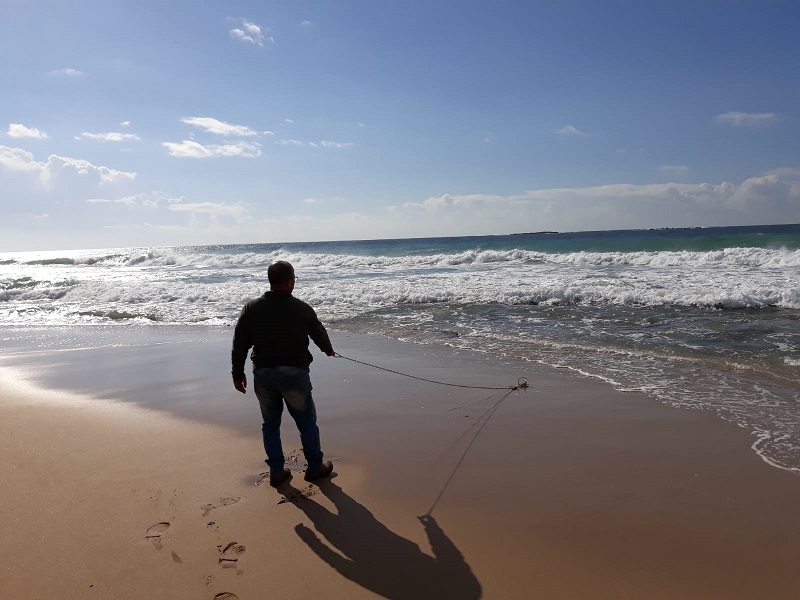 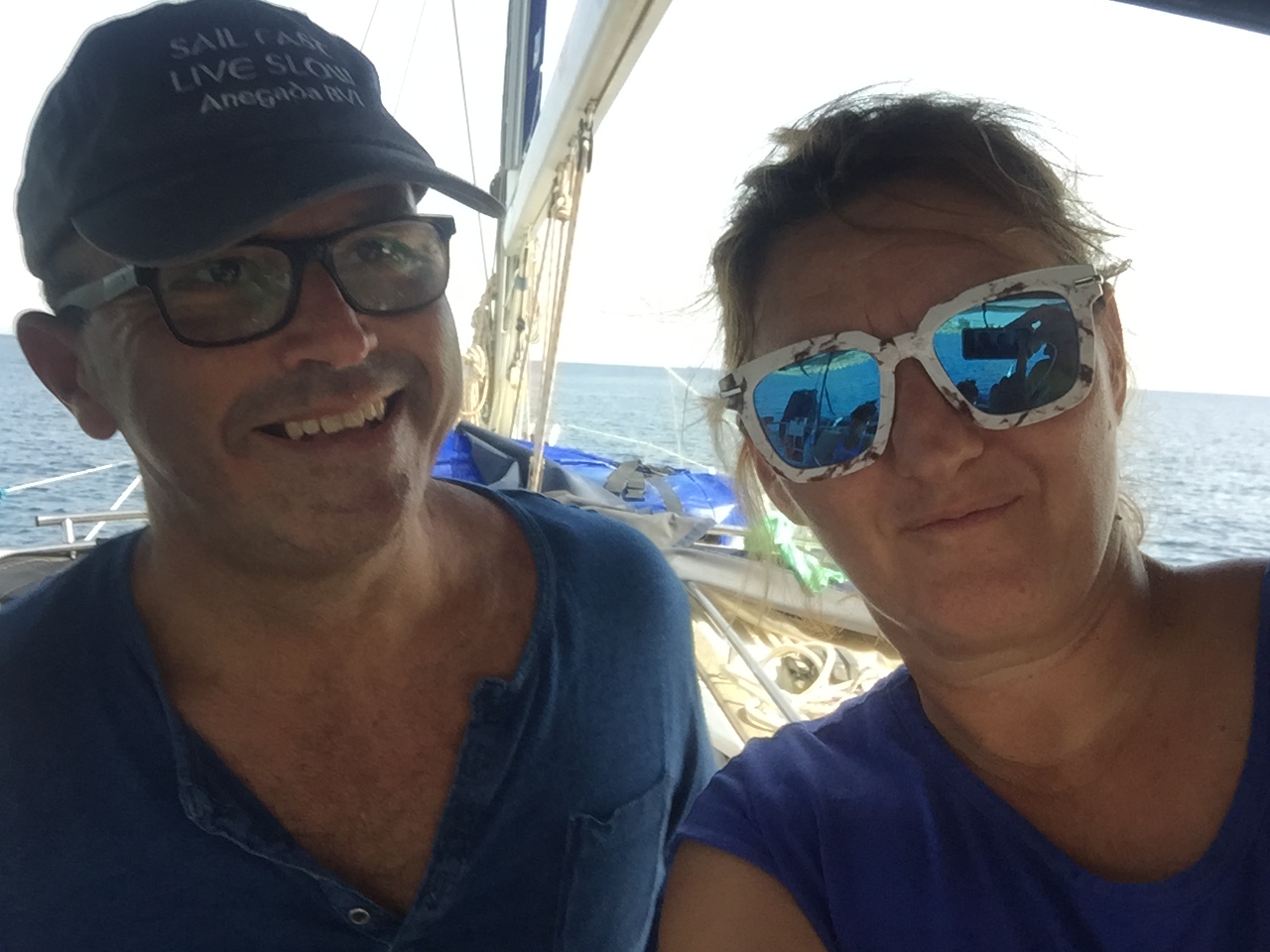